We are blessed in Canberra’s universities with the leadership of a new generation of restorative justice leaders who are richly experienced health and welfare professionals.

Mary Ivec, who has a professional background as a social worker, was last month elected by the Canberra Restorative Community Network to be its first Convenor. This was appropriate because Mary has been the driving force behind establishing Canberra as a Restorative Community during the past three years. Mary is a tower of strength at the Australian National University. Most people are like me in thinking that we could never be a good enough person to live up to Mary’s standards of love and care. She is a master practitioner who is now a research leader. 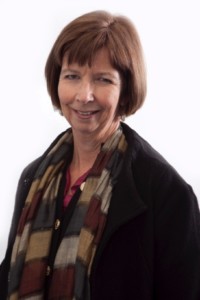 Holly Northam’s background is nursing, a subject she teaches with distinction at University of Canberra. Holly has been the leading forcebehind the most important new innovation being supported by the Canberra Restorative Community, building the University of Canberra Public Hospital that will open for the first time in 2018 as a restorative hospital. Holly has been convening Yarning Circles to embrace Aboriginal voices to resonate into the governance of the hospital.

This is evidence-based practice because communication failures are at the root of 70 per cent of sentinel health events that result in death or serious injury to patients. And Indigenous Australians are those who voices have been least effectively heard in Australian health care. Congratulations to University of Canberra for an innovative step toward closing the gap between health outcomes for indigenous and non-indigenous Australians.

My partner Valerie says that Holly Northam is a gifted listener, always hearing the point of view of others, committed, effective, patient, serene and reasonable.

Leaders with the relational grace of Holly and Mary are the light on the hill for a restorative community with many other members like me who have a long way to go in reaching for that restorative virtue.