Cary Coglianese and the Networked Governance of Regulatory Studies 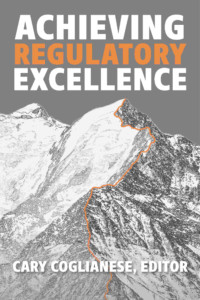 The book asks the question ‘What defines an excellent regulator?’

I read the book as showing how smarter governance requires regulatory capacity led by innovators in regulatory design who have adept networking skills. Without this, there is no future for humankind. Economies and societies will unravel with ever more frequent financial crises that throw millions into unemployment, nuclear and chemical weapons proliferation will murder millions and the kind of pollution we see already hanging over Beijing will kill even more millions than it already kills today.

Prevention of such catastrophe also requires adept networking of regulatory scholarship in universities. Yes, what we do is that important, even as it does not seem so in the day-to-day humdrum of scholarly life. Prevention of catastrophe for humankind calls for leaders like Cary Coglianese who brought this rich collection of scholars together to contribute chapters on Regulatory Excellence.

Between 1994 and 2006 Cary was the leading regulatory studies networker at the Kennedy School at Harvard University, an institution with so many distinguished regulatory scholars beyond Cary himself. Cary was the founding Chair of the Regulatory Policy Program at Harvard. Then in 2006 he accepted an offer to build another completely new regulatory policy program at the University of Pennsylvania.

At the Penn Program on Regulation Cary has made distinctive contributions of a kind one would expect of a scholar with a networked governance imagination. He founded RegBlog.org and created Erulemaking.org, a site dedicated to technological and institutional issues related to e-rulemaking. Erulemaking.org also makes research papers, policy documents, and conference materials accessible to those interested in the use of information technology in the regulatory process. 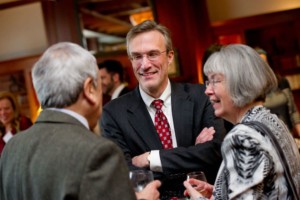 Many of the contributors to Achieving Regulatory Excellence have been visitors to RegNet at ANU, including Cary himself who inspired two Big Ideas events on Regulatory Excellence at RegNet last year. Another of Cary’s networking activities was to found the Law and Society Association‘s international collaborative research network on regulatory governance. He was succeeded in that role by two former RegNet faculty, Christine Parker and Vibeke Nielsen. Cary’s stellar networking contribution to better regulation has a lot in common with David Levi-Faur’s. See my earlier blog post on David as networker.

With Jacint Jordana, David was the co-founder of the ECPR standing group on regulatory governance. When David worked at RegNet he pitched the idea of founding a new journal, Regulation & Governance. I opined to David that we should invite Cary Coglianese to be our founding co-editor. Why? Because that would bring together David and Jacint’s European networking in combination with other Euro-Regnetters like Colin Scott and Imelda Maher, combined with Cary’s consummate North American Law & Society networking and RegNet’s Asia-Pacific networking. It was not a journal of these three networks, but it succeeded mightily as a journal because it was grounded in the imaginary of these three networks.

People sometimes say RegNet is not really a network; it is just another School in a university building that happens to be called the School of Regulation and Global Governance. Yet everyone knows this School as RegNet. As with the founding of Regulation & Governance, what matters with the networked character of something like RegNet or the Penn Regulation Program is not the bodies in the building, but the networked governance imaginaries in the heads of those bodies.

If what you want is a networked scholarly accomplishment, network structures are not the main thing. Network mentalities are the thing and network nodes are critical yeast to making the network rise, as Clifford Shearing taught us in Canberra. One thing that follows from a network mentality is appointing and promoting faculty who have vibrant network imaginaries. For example, a regulation scholar said to me when we appointed Sharon Friel as the current Director of RegNet, why did you appoint her? Why did RegNet not appoint my friend so and so who publishes in ‘our regulatory journals’ like Regulation & Governance and Law & Policy? One reason RegNet appointed Sharon was precisely that she worked on regulatory governance without having that identity as a regulation and governance scholar. She gave us an opportunity to build a completely new bridge (particularly to the regulation of health, food and health equity), to bring in a clutch of her post-docs as new blood. And what a bridge; we counted from her cv that she had over a hundred co-authors. One of her repeated co-authors was a Nobel Laureate. Not such a bad quantitative performance indicator of the networked contribution of scholars is their lifetime quantum of co-authors. It is certainly not whether they are embedded in some formal network structure. Loners must have a large niche in the academy; but if what you want to build is a networked form of excellence, they are duds for that vision.

Such nodes and networks rarely persist in the longue durée of intellectual history, however. That matters little. What matters is that their networked imaginary persists. In fact, I have argued that it is better to build tents of regulatory studies than buildings or nodes because ossification is a danger and the process of continuously collapsing and re-building new, networked tents is more valuable than enduring structures.

Let me conclude my homage to the Cary Coglianese contribution to this networked governance mentality of regulatory studies by illustrating with our two little contributions to Achieving Regulatory Excellence by current members of RegNet and to communicating its messages to Australian practitioners through Canberra workshops. One was Neil Gunningham, whose essay counsels invoking different strategies to engage effectively with different circumstances; facilitating, catalyzing and commandeering the participation of second and third parties as surrogate regulators; and constantly self-evaluating, learning and adapting the approach adopted by regulators. The approaches Gunningham considers for his fertile mix are: advice and persuasion; deterrence; responsive regulation; risk-based regulation; smart regulation; meta-regulation and criteria strategies.