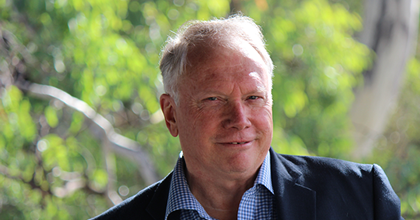 This is related to the idea that peace without justice, peace based on a continuation of domination, is rarely sustainable. Understanding the connections between unjust inequality and crime / war become important research topics.

John Braithwaite is an Emeritus Professor and Founder of RegNet (the Regulatory Institutions Network), now School of Regulation and Global Governance (RegNet) at the Australian National University.

John Braithwaite has been active in the peace movement, the politics of development, the social movement for restorative justice, the labour movement and the consumer movement, around these and other ideas for 50 years in Australia and internationally.

Since 2004 he has led a 25-year comparative project called Peacebuilding Compared (most recent book: Networked Governance of Freedom and Tyranny (2012, with Hilary Charlesworth and Aderito Soares). He also works on business regulation and the crime problem. His best-known research is on the ideas of responsive regulation (for which the most recent book is Regulatory Capitalism: How it works, ideas for making it work better (2008)) and restorative justice (most useful book, Restorative Justice and Responsive Regulation (2002)). Reintegrative shaming has also been an important focus (see Eliza Ahmed, Nathan Harris, John Braithwaite and Valerie Braithwaite (2001) Shame Management through Reintegration). Much of John’s published work is available freely to download throughout this site.