Responsive regulation is about ‘tripartism’ in regulation. It highlights the limits of regulation as a transaction between the state and business. It argues that unless there is some third party (or a number of them) in the regulatory game, regulation will be captured and corrupted by money power.

Responsive regulation involves listening to multiple stakeholders and making a deliberative and flexible (responsive) choice from regulatory strategies that can be conceptually arranged in a pyramid. At the bottom of the pyramid are more frequently used strategies of first choice that are less coercive, less interventionist, and cheaper. 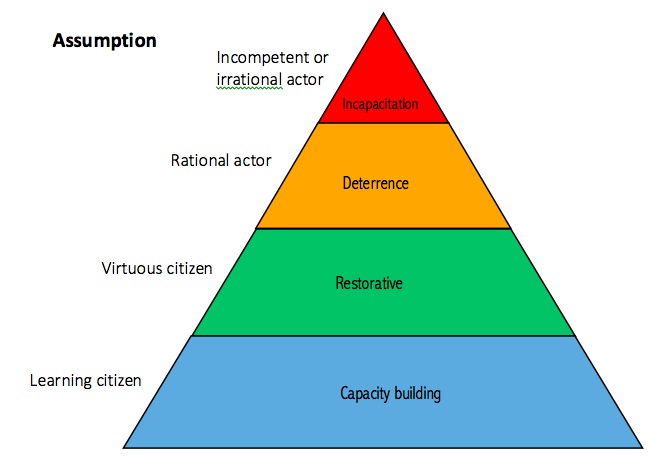 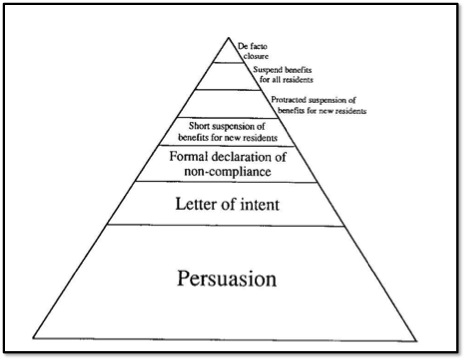 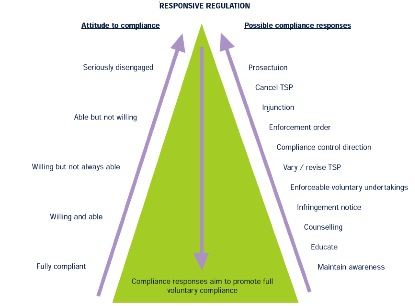 Over time we realised it was important not only to pick problems and fix them but also to pick strengths and expand them. For example, industry leaders take self-regulation up through new ceilings and then drag laggards up toward their standards. So we complemented the pyramid of sanctions with pyramids of supports. This example is for pharmaceuticals regulation: 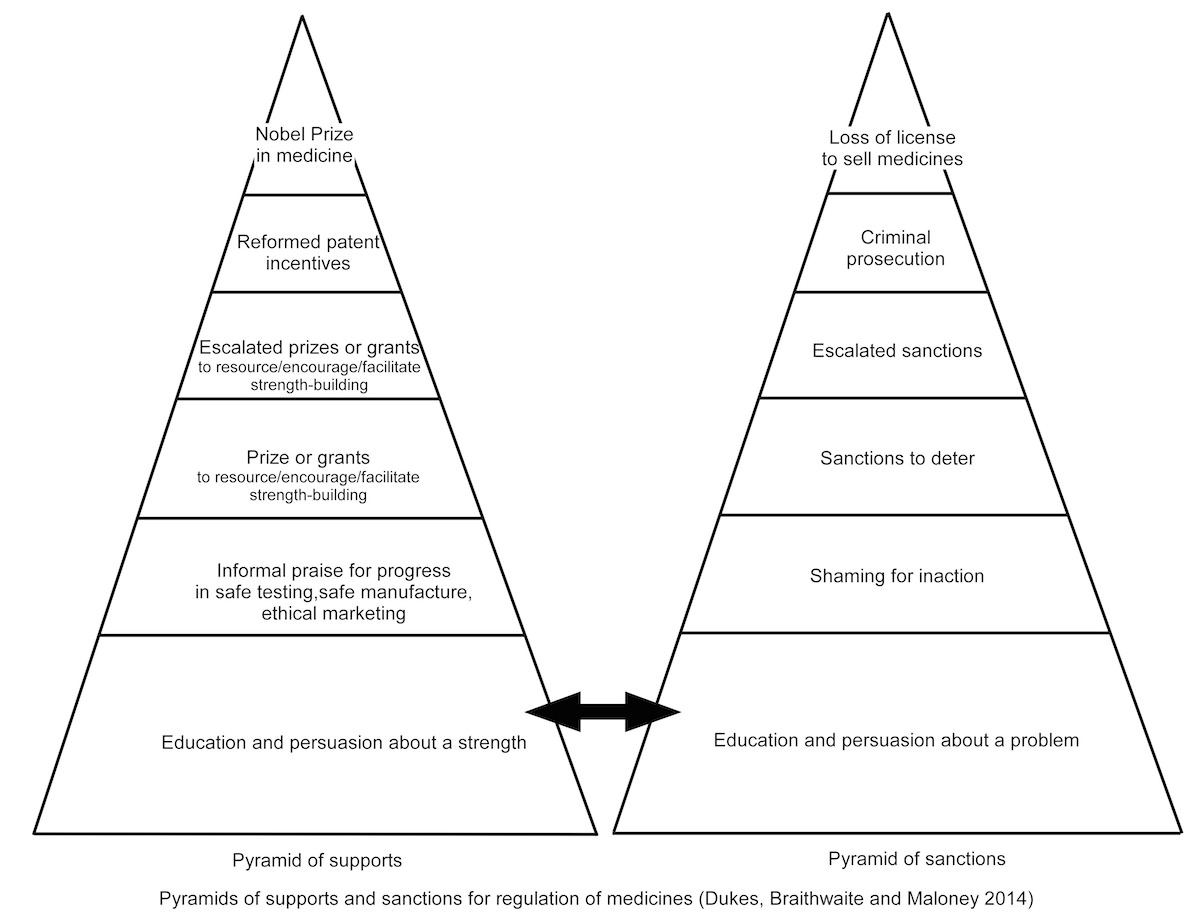 The South Australian Environmental Protection Agency has simplified this idea elegantly for its regulatory strategy:

Because poor countries struggle to escalate state regulation against powerful corporations, the next move was then to a pyramid of networked escalation. Peter Drahos’s influence on the development of this pyramid is discussed in J. Braithwaite (2006) “Responsive Regulation and Developing Economies“. 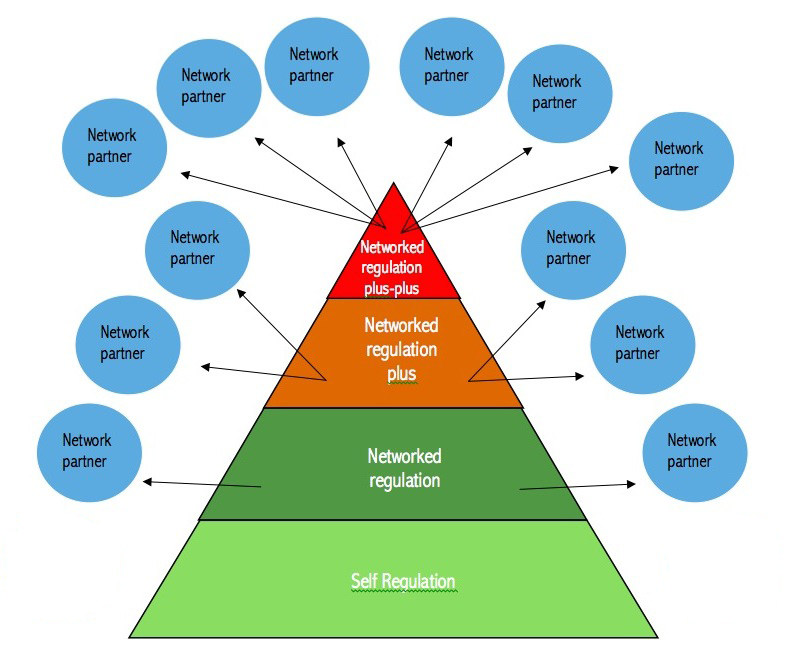 Recent publications provide evidence that responsive regulation is effective and include:

You can also watch a video explaining some of the key ideas in responsive regulation, below.

To Punish or Persuade: Enforcement of Coal Mine Safety

The following books are extended applications and refinements of responsive regulation: