Australian governments have so often been an international embarrassment to its citizens in recent times. On family and institutional violence, in contrast, they have really begun to grasp the nettle. Former Prime Minister Julia Guillard’s government recognized that Australia had a widespread problem of different kinds of institutions engaging in sexual abuse of those in their care.

Investigative commissions were established into sexual abuse in the Australian military and a Royal Commission into Institutional Responses to Child Sexual Abuse. These commissions have been engaged in a long march through the institutions, battalion by battalion, navy ship by ship, religious order by order, denomination by denomination, school by school. This work has uncovered shocking patterns of abuse in so many different kinds of institutions. It is too early to judge whether their work will put in place the transformative changes needed to institutions of domination in Australian society. All we can say for the moment is that their Commissioners show promise in their listening and investigative diligence.

A number of enquiries have also been established into family violence. The most systematic and recent of these reported on 30 March in the State of Victoria. It is not too early to pass judgment on its quality and initial impact.

The Victoria Royal Commission on Family Violence chaired by Victorian Supreme Court Judge Marcia Neave is a stupendously impressive piece of social policy. Its immediate policy impact has been most unusual: the government of Victoria has accepted and committed to implement all 227 of its recommendations. 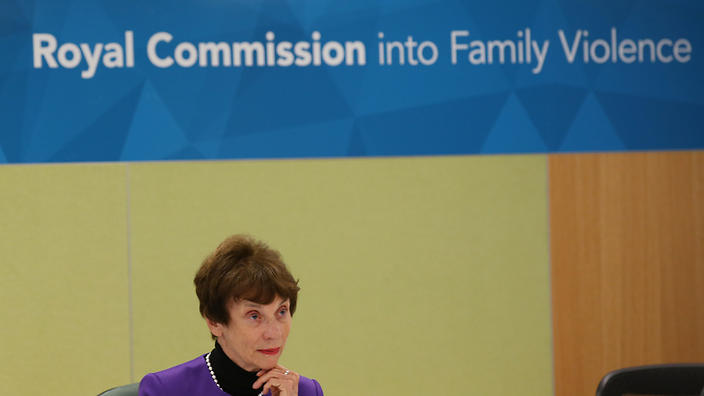 Let me illustrate the fine-grained quality of the Royal Commission’s policy eye with Recommendation 111, which goes to the problem of women not being able to leave dominating partners because they cannot access bank accounts:

The Victorian Government encourage the Australian Bankers’ Association, through its Financial Abuse Prevention Working Group, to develop a family violence–specific industry guideline [within 12 months]. This should be supported by training and education for relevant banking staff, to help them understand, identify and deal with economic abuse associated with family violence.

By 5 April the National Australia Bank and then the Australian Bankers’ Association had already agreed to implement this recommendation nationally. Let us hope banks around the globe will implement similar gendered violence customer care and social support policies. I will not do my own long march through the other 226 recommendations, most of them equally thoughtful and innovative. Instead I urge readers to look at the report here.

Much of the media commentary has focused on

The Report has an ethos of “responsiveness to victim needs”. Compared to previous documents on the subject it shifts the emphasis to prevention and early intervention. It emphasizes for example the need to learn how to intervene early when adolescent boys are assaulting their mothers or sisters, for example.

One thing I think see as visionary policy is an openness to restorative justice. Pages 30-31 of the Summary Report concludes:

There are a number of potential benefits associated with a restorative justice approach:

The Commission examined this matter carefully, particularly in light of concerns that such an approach might be manipulated by perpetrators and could undermine the important gains that have been made in ensuring that family violence is treated as a public concern rather than simply a private matter between individuals.

The Commission is persuaded that, with robust safeguards in place and as an additional option for (not a substitute or precondition for) pursuing action through the courts, a restorative justice process should be made available to victims who wish to pursue such an option. Restorative justice processes have the potential to meet a broad range of victims’ needs that might not always be met through the courts and to help victims recover from the impact of the abuse they have suffered.

The development of a restorative justice approach should proceed cautiously. In consultation with victims’ representatives and experts in restorative justice, the Department of Justice and Regulation should develop a framework and pilot program for the delivery of restorative justice options for victims of family violence that are victim-driven, incorporate robust safeguards, are guided by international best practice, and are delivered by suitably skilled and qualified facilitators.

The Department of Justice and Regulation, in consultation with victims’ representatives and experts in restorative justice, develop a framework and pilot program for the delivery of restorative justice options for victims of family violence. The framework and pilot program should have victims at their centre, incorporate strong safeguards, be based on international best practice, and be delivered by appropriately skilled and qualified facilitators [within two years].

With this recommendation, let us hope Australia can become the healing edge and the empowering edge of restorative justice R & D once more.

I find it amazing that the Victorian government has accepted Recommendation 199 that puts an independent agency above it to hold its implementation of the report accountable:

The Victorian Government establish an independent statutory Family Violence Agency [by 1 July 2017] to:

All power to the people and government of Victoria. Let the long march through our institutions of domination continue.