No one has made a larger contribution than David Levi-Faur to networked building of the strength of the regulatory studies community of scholars, especially in Europe and in political science, but much more widely as well. 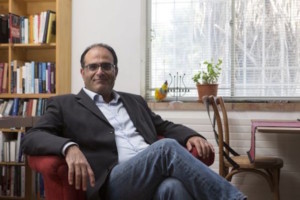 David has been the originator and key thinker—alongside Jacint Jordana—developing the concept that we live in an era of Regulatory Capitalism. This has become an important theme in my own research. Founding and continuously leading the journal Regulation & Governance has been one of David’s greatest contributions. When David was working as a Research Fellow at RegNet he came to me with the plan of establishing this journal. I was reluctant because it seemed so much work. But David promised and delivered on doing most of that work.

We persuaded Blackwells to run it out of their Melbourne office (now the Wiley-Blackwell Asian Office). As one commentator recently said, it has become quite exceptional as a non-US-based journal in achieving a really high impact among social science journals—especially as a journal that is only 11 years old.

Cary Coglianese (now at Penn Law, then at Harvard’s Kennedy School) joined us as a third editor. Cary is a supreme North American networker of our field and did a superb job of getting the journal linked into American networks, as did co-editors from the US and Canada who succeeded us.

David recently sent around a post with this news:

My own view is that citation impact scores are far from being critical measures of the success of either individual scholars or journals. They measure Northern impact orthodoxies rather than the Southern relevances we most care about and love. Southern journals often succeed in contributing splendidly to the flow of ideas that matter without troubling the scorekeepers of Northern Impact factors. While poor citation outcomes are no measure of failure, high citations are one affirmative indicator of success.

Even in Northern terms, as Patrick Dunlevy of LSE has argued in a recent blog post on the Reg & Gov impact result, the impact factor is not necessarily the best measure.   He argues that one better measure is “the h score for the journal for the last five years provided by Google Scholar Metrics, which is 25 [for Regulation & Governance]. This places the journal around 6th in Google’s Public Policy and Administration list.” Still very high, as Patrick points out.

Reg & Gov has proved a wonderful outlet for the research of many of ANU’s former and current students. Like David’s ideas, their ideas are the thing, not their citations, and they have pulsated in the pages of Reg & Gov into my work and the research of so many of RegNet’s senior scholars. It is for that we owe a debt to David.

Learn more about the Journal here. 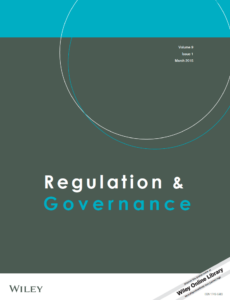