There is a growing problem of ‘rape culture’ on the campus of the Australian National University. There have been new dimensions of this problem in recent years such as a Facebook group titled ‘ANU Stalkerspace’ which has been the particularly public host of some unpleasant public discussion about women and minorities. The Rape Crisis Centre in Canberra reports a new surge in sexual assault complaints from university campuses.

In the past, when ANU has had new surges of rape culture, student leaders have risen with reform projects that have helped dampen it. Codie Bell is a leader of a new wave for reform today. More on Codie later. In the late twentieth century, there was a spate of late night rapes of women walking on the ANU campus. An enduring legacy of assertive student voices of that generation was the introduction of improved lighting on campus and ‘Brian’s Bus’, a free bus service that runs nightly around the campus. Less enduring has been the impact of culture change projects concerning rape culture at student residences, which increased respect for women for a time, then faded.

Looking back over this history, repeated at many other Australian universities, some of us at RegNet have concluded that the culture of sexual assault prevention on our campuses has never had a sustained quality. Universities settle for ‘regulatory ritualism’: they introduce some reforms, the problem subsides somewhat, then universities go back to ignoring it. Many universities, including ANU, comfort themselves with the fiction that they encourage students to report cases to the police. Then they see it as no longer a responsibility of the university to learn what the university needs to do to prevent recurrence and to nurture healing. There have been many sexual assaults of ANU students in the last two years, far too many; I have not been able to identify any of these ANU assaults that have been reported to the police and resulted in a prosecution, let alone a conviction. Of course, there may be cases below the radar out there that I cannot see.

Given the long run tendency of Australian universities to indulge in regulatory ritualism on rape prevention planning, my personal conclusion is that the regulation of Australian universities by the national government needs to be ratcheted up on this issue. This does not require new law, nor the prescriptive approach imposed on US universities by their state regulation. TEQSA, the Tertiary Education Quality and Standards Agency, already has adequate standards requiring universities to plan for safety on campus. TEQSA does, however, in my view, need to demand from every university a Sexual Assault Prevention Plan as part of its regulatory enforcement. On a regular reporting cycle, universities should be required to prove that they are innovating and evaluating new initiatives to improve sexual assault prevention and support for survivors. They should be required to report on whether their evaluations show reductions in the incidence of sexual assault tracked across the decades, increased reporting of sexual assault to the university and increased satisfaction of survivors that are helped by the university, that the university has done its job on safety planning in the aftermath of the case, and so on.

Academics like me blowing hot air in the direction of TEQSA on this issue changes nothing. Change happens when the new generation organises. Codie Bell has proved a master organiser of feminist politics on the ANU Campus. She was a leader of the Canberra Women’s March in January this year and has been a frequent correspondent on feminist politics on campus in Woroni, the ANU student newspaper. After becoming a victim of sexual assault in 2015, ANU did an appalling job of supporting her as our student when she attempted to report it in 2016. We dropped the ball on her safety planning in terms of taking the necessary steps to secure distancing from her alleged perpetrator. There were other failures in how ANU handled her case. Yet the university refused to apologise to her for its mishandling of the case when given opportunities to do so (by me and others). Codie is a resilient and inspiring leader. She has initiated the Restorative ANU Team as one response. It is the Codie Bells who will usher innovative reform, and more sustainable reform than we have managed in past cycles of ritualistic response. Here are some passages from an interview I did with Codie:

John: Codie, why did you take the lead in setting up the Restorative ANU Team? 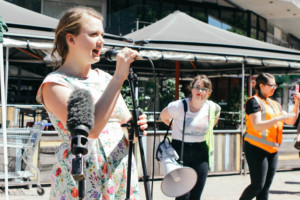 Codie: There are few survivors of campus sexual violence who are as willing to speak about their experience as I am. I feel like every other conversation I’m introducing myself as a survivor of sexual assault! It can make people uncomfortable but I find it incredibly freeing. I decided to take the lead in setting up Restorative ANU because victims don’t have any obligation to take part in activism or reform; but because I find rallying for change an essential part of my healing, I can speak up on behalf of the people who don’t want to or can’t.

When I first began to learn about restorative justice, I found a movement that answered my desire for justice for what happened to me, that also had the potential to lead transformative change for the community left behind after violence. There are a hundred thousand ways to be a victim-survivor, but overwhelmingly, what we want is (1) to be heard and acknowledged, and (2) to stop the same thing happening to someone else. Restorative justice presents an opportunity for both.

More than anything, I lead Restorative ANU because I am extremely stubborn. I think that’s a key personality ingredient for any social justice activist!

John: Who is involved and who would you like to get involved?

Codie: We’re a broad movement of students, alumni, and staff. We have a special place in our group for victims of sexual violence. As I said, working for change has been such a crucial part of my own healing—we would love to facilitate this for someone else.

However, we are open to anyone who would like to see justice for sexual violence victims and a safer, freer community at the ANU. That includes not only students, but staff, alumni and Canberra community members.

We also know that sexual violence happens to people who are LGBTQI+, people who come from many different ethnic and cultural backgrounds, people with disabilities, and a myriad of other identities. We acknowledge that the majority of our experiences with sexual violence are understood through a lens of white heterosexual womanhood, and warmly welcome those whose lived experience differs from ours. In fact, we don’t just welcome you—we need you!

You can join the ANU Restorative Team on facebook here.

John: Tell us about your earlier initiative with the Women’s March.

Codie: In January this year I, along with a team of enthusiastic feminist rabble rousers, organised the Canberra Women’s March. We were part of the global Women’s March movement that assembled to peacefully protest the inauguration of Donald Trump.

It was such a fantastic day—people from all walks of life came together to celebrate women and stand against fear and division in our political climate. It lit a fire in a lot of us to keep pushing for the change we still haven’t seen—campus sexual assault being just one example.

John: What are the Restorative ANU Team’s short and longer term objectives?

Codie: In the short term, we are putting together a paper for the university’s consideration that will outline their responsibilities under administrative law and how they currently fall short of meeting those obligations.

We also welcome the Australian Human Rights Commission’s report into campus sexual violence, including recommendations into how universities can move forward.

In the long term, we want ANU to be a national leader in responding to sexual violence. We expect the ANU to develop a specific sexual assault and harassment policy, after community consultation, that addresses our concerns, provides empathy for victims and accountability for perpetrators, and offers restorative practice as a chance for communities and individuals to heal from acts of violence.

John: Thank you Codie, for your tenacity, leadership and vision. Thank you for the great influence you have had on my thinking and that of my RegNet colleagues. Thank you for being the catalyst to organise this new debate to build a consensus for change on the ANU campus and nationally. 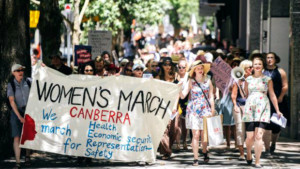