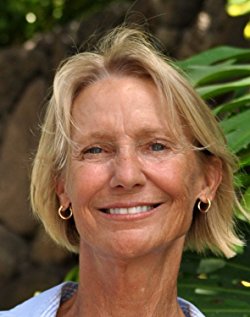 Hawai’i Friends of Restorative Justice, (HFRJ) was incorporated in 1980 to provide juvenile diversion. Since 1995 it has promoted public health solutions to build community in response to injustice and crime by developing, testing, and training others on pilot restorative interventions in a variety of areas. It has an inspiring suite of programs that benefit from the entrepreneurial and evidence-based leadership of Lorenn Walker, from whom I have learned so much for many years. Here are some of its current initiatives:

In 2004 HFRJ designed and began providing a reentry planning process for people leaving prison and their loved ones. Over 627 have participated in circles with 100% reporting it was positive. Currently, the circles are provided at Hawai’i’s women’s prison and for the Honolulu federal court. The reentry planning process was replicated in New York, California, and currently in Washington DC. Replication is also planned at three Brazilian prisons. Honolulu federal pre-trail services plans to pursue funding for the circles, but it will take inordinate time for possible funding.

A 36 hour introductory course for imprisoned people. Formerly a cognitive course provided since 2005, it was redesigned after research showed no significant recidivism reduction. A new intense skills based program was developed and provides solution-focused mediation and restorative facilitation skills training to incarcerated women, to be expanded to incarcerated youth and their correctional staff in Hawai‘i.

In 2016 HFRJ partnered with Root & Rebound,University of Hawai‘i School of Law, and local community groups to prepare a guidebook to assist people reentering the community after imprisonment. The guidebook will provide information on legal issues including landlord tenant, immigration, employment, legal identification, etc., and what resources are available for the formerly imprisoned in Hawai‘i.

HFRJ’s ED is contacted frequently for training assistance. The ED has trained hundreds throughout the US and world including psychiatrists in Finland and Japan; Serbian prison staff and victim advocates; criminologists and judges in India and Spain; New Zealand prison staff, students and criminology professors; academics in Greece; and many throughout the US. She is helping a Brazilian judge establish a pilot reentry circle program at three Southern Brazil prisons. A handbook the ED and a former law clerk wrote has been translated into Portuguese and will be used in training on how to replicate the reentry circles in Brazil.

2017 will mark the 9th annual event to celebration parolee’s discharge at the Hawai’i Supreme Court. The chief justice, other judges, and people who provide justice services along with those completing parole, loved ones, and other consumers and producers of the justice system (about 70 people) attend a two hour event with awards, food, music and participate in a talking circle expressing appreciation and hopes.

The frequency of these circles is unpredictable, but since 1996 HFRJ has provided about 20 of these circles. Currently, working on cases involving identify theft and negligent homicide.

Occasionally HFRJ hosts community circles to discuss and help improve justice system. April 2016 hosted a circle with Angela Davis, which chief justice Mark Ricktenwald attended along with 35 others representing providers and consumers of the justice system. Next circle planned for May 2017 on race.

There is much that the rest of the world can learn from these current Hawai’i programs and from the depth of the character of Lorenn Walker’s facilitation of them, just as there is much that can be learned from rich and ancient Polynesian traditions of restorative justice practiced over the centuries in Hawai’i.